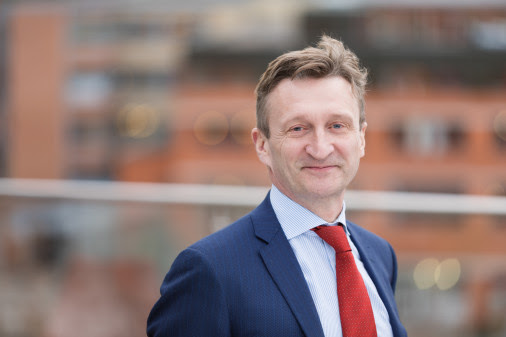 The Board of Directors of Intrum Justitia AB has decided that Mikael Ericson will be the CEO and President of the combined company once the transaction is completed. The decision has been made in agreement with the proposed new Board members nominated by the Nomination Committee on June 7th 2017.

Erik Forsberg, the current CFO of Intrum Justitia, will continue as the CFO of the combined company.

– Mikael Ericson’s experience and skills, combined with the continuity he provides, positions him well to lead the combination of Intrum Justitia and Lindorff. The combined company is set to capitalize on the opportunities for growth and expansion within the Credit Management Services industry, said Lars Lundquist, Chairman of the Board of Intrum Justitia.

In November 2016 Nordic Capital Fund VIII, currently the indirect majority shareholder in Lindorff, and the Board of Intrum Justitia announced the intention to combine the two companies. The combined company will be the industry leader in credit management services, servicing 23 countries and around 100 000 corporate clients throughout a number of industry sectors.

– We have been in the fortunate position of having to choose between two excellent candidates in terms of experience and skills. Now we look forward to working together with Mikael in developing the combined company from the day the transaction is closed. I would also like to take the opportunity to express my sincere gratitude towards Klaus-Anders Nysteen for an outstanding achievement in taking Lindorff to the next level in terms of expansion and service delivery, says Kristoffer Melinder, Managing Partner NC Advisory AB, advisor to the Nordic Capital Funds.

– I am dedicated to the success of this combination. Together with professional and motivated people in both Lindorff and Intrum Justitia, I have had the pleasure over the past six months of creating a strong platform for the upcoming integration process. Realizing the full potential of the combined company will be a team effort which I am proud to lead once the transaction is closed, says Mikael Ericson.

The combination is currently pending competition clearance from the European Commission with an expected decision on June 12, 2017. The transaction is expected to close during the second quarter of 2017 as previously communicated.

Mikael Ericson assumed the role as CEO in Intrum Justitia in March 2016 and has worked in various senior positions in the financial industry over the past 30 years, including Head of Handelsbanken Capital Markets and CEO of Carnegie Investment Bank. Before joining Intrum Justitia, he held the position as Head of International Banking at Danske Bank.

Erik Forsberg joined Intrum Justitia in November 2011. He has previously held the position as CFO at the PR software company Cision, as well as positions as CFO, Group Treasurer and Business Controller at several companies, including EF Education.