The Big Difference Between Debt Collection and Completion of The Sale 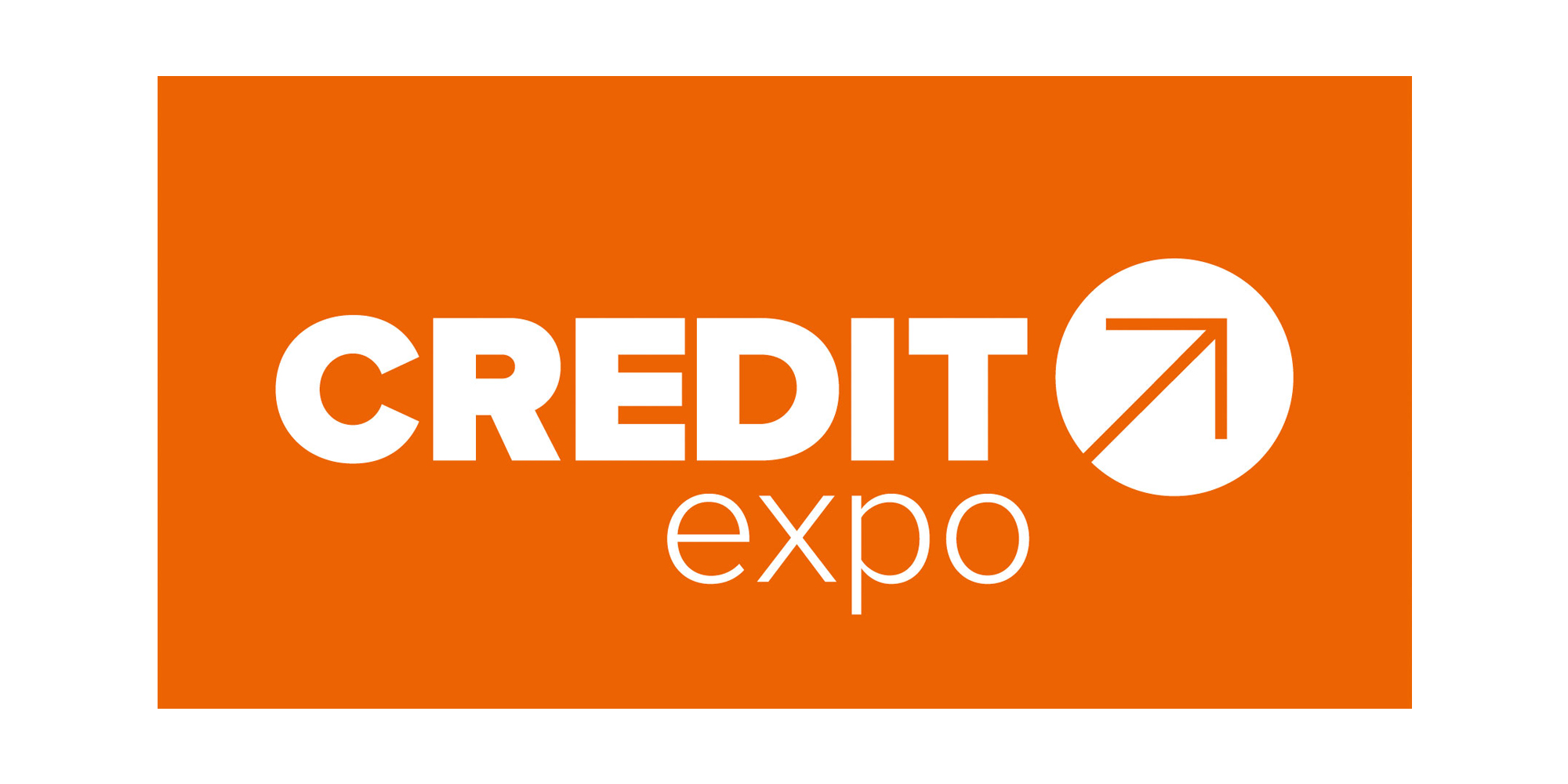 Words and how they are used is important for they convey values based concepts to the minds of others. A rose by any other name may smell as sweet, but calling a skunk a striped cat wouldn't make it smell any better. And so it is with the terms debt collection and the completion of the sale; both can and are used to refer to the resolution of past due monies, but the attitude and approach are different, as should be the desired results.
Debt collection

The term debtor carries a negative connotation with it owing to its origin of being one who is guilty of a trespass or sin. Debt can also mean money due to a creditor from a debtor who is the beholding party.

"A creditor is worst than a master for a master owns only your person while a creditor owns your dignity and can belabor it." Victor Hugo

Debtors under early Roman law could pledge themselves as collateral for a loan and if they failed to pay they would become their creditor's slave/property. Debtors have also been known as defaulters and deadbeats.

In Europe during the middle ages, that period of time that followed the fall of the Roman Empire in 476 and lasted for about one thousand years, debtors were locked up in a single large cell until their debt was paid. Debt prisoners, men and women, often contracted and died of disease. Conditions included starvation and abuse from other prisoners. The family of a debtor imprisoned for failing to pay often suffered as well . Some debt prisoners were released from the debtor's prison to become indentured servants, this was known as debt bondage.

Today, debt collection is the activity of making individuals and businesses pay debts, usually ones that they have not paid on time or that they are refusing to pay. It is the enforcement of payment whereby debtors are made to pay against their will. And all too often and to everyone's privation and loss debt collection is used in describing the activity of managing past due B2B (business to business) A/R (accounts receivable).

Calling past due A/R Management debt collection or collections can create a hindrance to the very resolution of the situation as well as an impediment to good customer relations, future sales, customer retention and it can bring harm to the seller's business reputation.
I think Victor Hugo got it wrong for a master owns both your person and your dignity.

The completion of the sale

If any kind of due diligence was practiced during the approval of business or trade credit the vast majority of past due customers are not trying to avoid payment, there are in fact good valid reasons why they have not paid on time. Just the fact that a business customer is past due does not make them deadbeats whose dignity or anything else should be belabored .

While 25% or more of all business related A/R (short term money due from the sale of product or service) may be one or more days past the payment due date… less than 1% are typically written off as a bad debt loss. It is by far the smallest percentage of past due business customers who will fail to pay. When the * seller's product value at the time of sale is factored into the approval making decision there can and should be times when both an increase in the % of A/R past due and an increase in bad debt can also lead to greater profitability.

Some past due business customers pay late because they choose to practice cash management, often these are big companies who may be a seller's largest customer and they use their vendors and supplier's A/R as a form of short term financing and tney will not pay any late fees. Other business customers, smaller companies and at times government agencies, pay slow because they are disorganized and can't locate the invoice for payment or because they are just lazy about taking care of their A/P (short term money owed for the purchase of goods and services). These slow paying customers can still be profitable customers due to margins, volume of business or because of seller's product value at the time of sale.

Some, and at times the largest % of past due, business customers haven't paid because something when wrong somewhere. Sales/service disputes, shortages/overages, late delivery, lost paperwork, missing information, unauthorized purchases, returns, unissued credits/misapplied credits, damage, sales guys offering extended terms and failing to tell anyone in Credit, flood, famine, fire, oil spills and earthquakes. The something that when wrong can be on the customer's part, on the seller's part or come from an outside source. Murphy was an optimist.

To think of these customers who have not paid because something went wrong somewhere as deadbeats that then have to be made to pay is wrong and an injustice to seller and customer alike.

Sometimes business customers fail to pay within credit terms because they can't pay , they don't have the money/ability. With some customer the inability to pay is short term in nature and there's an understandable explanation; they may bill their downline customers at the end of the month, they may have had an unexpected loss or expense, their business may be of a seasonal nature, but they fully except to be able to pay in the near term.

And then again, normally a much smaller %, some customers who can't pay now or in the near future also can't accurately say when they will be able to pay. These long term financial problems may be due to the divorce of principals in a small business, loss of a key person, new competition, a new product or service making the customer's business obsolete ; for whatever the reason they can't pay these customer represent a 90% or larger risk of loss….this is often times where the bankruptcy notices will come from.

Again, nothing is to be gained by labeling these customer with the inability to pay as deadbeats and by taking an enforcement/collection approach in dealing with them. The future possible profitable business of both those who will be able pay soon and those who don't know if and when they can pay is desirable; and even when a customer can't pay altogether their cooperation in improving the seller's position for payment is needed and desirable.

When dealing with the vast majority of past due business customers a better approach, one which leads to payment and to future profitable repeat sales, is one based on the completion of the sale; where it is understood that those companies that are past due are not debtors but customers to whom the seller is beholding. Rather than the enforcement of payment or making customers pay against their will, the goals of the completion of the sale are to determine why payment has not been made, resolving the matter so that customers pay and purchase again… and of course the early identification and control of the smallest % of past due customers who represent a true potential for loss.

Is there ever a time for debt collection , for the enforcement of payment ? Yes. Again, if due diligence was followed during the credit approval process, the smallest % of past due business customers will be trying to avoid payment and by their fruit/actions you shall know them. Those customers who are out to beat sellers/creditors out of what they owe will be un-cooperative, they will lie, break promises and may skip out altogether. Now and only now it's time for the hammer for debt collections ,but you can't put them and their kids in prison for not paying.

"Words are magic. The very idea that by making sounds we can paint pictures in the minds of others is magical. We get to choose whether we practice white/love or black/fear magic." BrightNose Cree Medicine Man

To some it may seem a trifling thing as to whether past due A/R Management is thought of as debt collection and past due customers as debtors who are beholding to their creditors or as the completion of the sale where the seller is beholding to the customers, but I think that as Gandhi once said "thoughts lead to words, words lead to actions, actions determine character and character will determine destiny." By our attitude, words and acts we have the power to create either a respectful and uplifting relationship with all with whom we come into contact, including past due customers
, or we can do the opposite.

NOTHING GOLD CAN STAY
Nature's first green is gold,
Her hardest hue to hold.
Her early leaf's a flower;
But only so an hour.
Then leaf subsides to leaf.
So Eden sank to grief,
So dawn goes down to day.
Nothing gold can stay.
Robert Frost

* Seller's product value at the time of sale …a seller's product value at the time a sale is made is a variable that must be factored into the credit approval process and reflected in the terms and conditions of sale. Example of PVTS include the margin on the product or service, fixed costs of doing business, unused business capacity, up-line volume discounts or rebates, and related to unused business capacity is the demand at the time of sale for the product or service.